He took our oldest tunes into our time 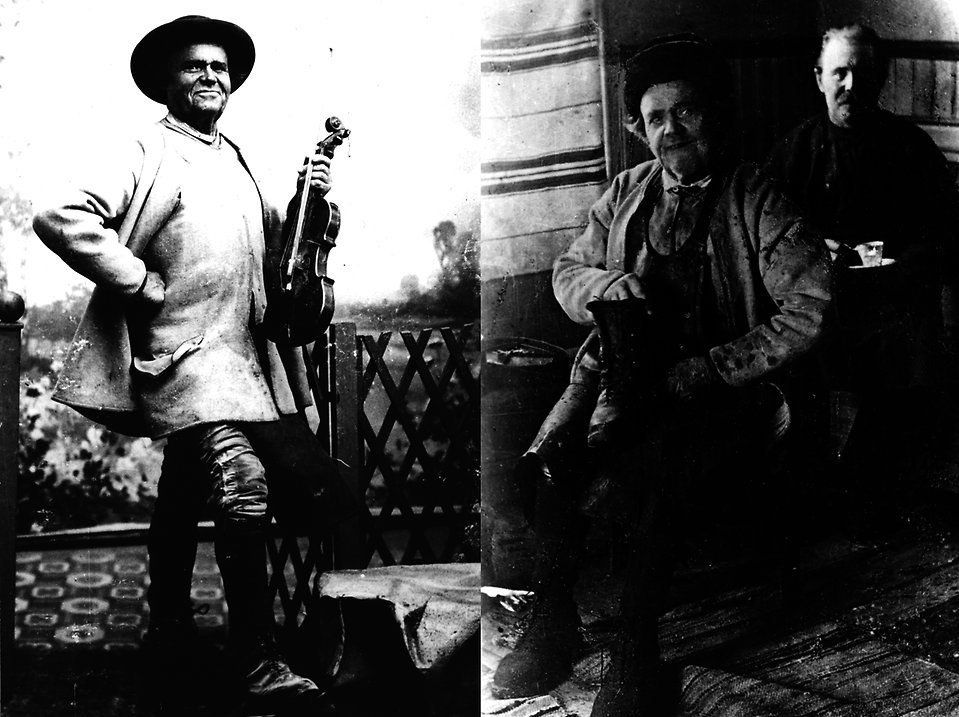 Blecko Anders Olsson, also called Blickus, was born in 1831 or 32 and lived until 1922. Shoemaker by profession but fiddler to the rumor, he is the man who brought our oldest folk music songs into the present. But it wasn't a given thing. Blickus could be a grumpy old man. When some young fiddler approached him - or worse, one of those who insisted on recording the songs - he could mess up the songs, or even play them the wrong way!

The respect he enjoyed as a fiddler was very great. It happened that he appeared unannounced in a "playhouse" as the dances were called, with his violin. Then usually the fiddler who was in place packed his and left the place to the champion.

As a shoemaker, Blickus often had to go on long hikes, not least to Hälsingland. He had the violin with him, of course, and got himself a very large repertoire that way. It is also part of the reason why many of our songs after Blickus have features of the Hälsinge dialect in themselves.

Fortunately, younger fiddlers like Gössa Anders got Blickus' trust and were able to bring his cultural treasure into our days.