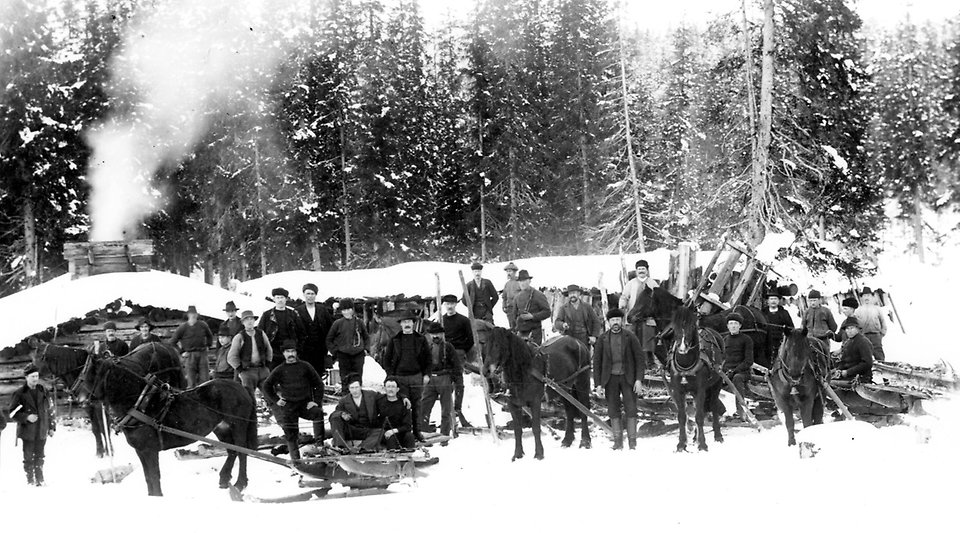 Lumberjacks at an logging at Dovänget, north-west from Untorp in the beginning of the 20th century.

When, after the big shift, they began to cut down the jointly owned forest, Orsa became a wealthy municipality. The total income from the disforestation was about SEK 150 million and between 1886 and 1933 the people of Orsa paid no municipal tax thanks to Orsa Besparingsskog. When the disforestation were at their greatest, 6,000 people and 3,000 horses worked to fell and extract the timber from the forest. Orsa Besparingsskog became a strong and influential organization that in the late 1800s and until the mid-1950s built schools, courthouses, industries and old people's homes.